Why is it so easy to publicise the fact that you hate someone but so difficult to say that you love someone?

I know. It's because the word love comes with a lot of responsibility. Hate doesn't. Because love comes with ropes attached. Hate doesn't. Because when you say something out loud or put it into black and white words, it gives it a new meaning, concretises (I don't think its a word, but it'll do till I think of something better) it; and it's so much more convenient to concretise hate. Not love.

And now I feel like talking about something that people always seem to associate with me. An aversion to marriage.

Now, I haven't made up my mind about what exactly my views on marriage are. I am not one of those free-wheeling hippie types who is completely against the entire concept. I'm not one of those straight-laced pro-marriage campaigners either.

I think I'm somewhere in between. I dislike the entire concept of needing a piece of paper to validate your relationship. I dislike the fact that the word marriage keeps two unhappy people together only because they're "married". I dislike how you HAVE to carry on being unhappy because you have to uphold the vows you might have believed in at some point in the past but don't anymore.

But I do believe that happy marriages are possible. They might be one in a million or like a needle in a haystack but they're there. And I also believe that there those few who want to get married not for the validation, but because they want to and they believe it'll last (little do they know).

But I do believe in fidelity and loyalty. I don't like "I'm bored" so I'll leave. I need more concrete reasons. I don't like those who say "I believe in long-term but I don't think I can stay loyal". Watte contradiction I say.

Well, that's that. I have had this argument, sorry discussion, with different people. And I have heard a lot of different opinions. It's interesting to think of. Hmm. I still remain without any clear side to the issue. A wise person has said - I would like a wedding, not a marriage. I might agree :D
Posted by Ayesha at 10:43 PM 8 comments:

I dislike confusion. Internal and external. Confusion throws me off balance. It throws things out of perspective. I lose my centre of gravity and things go out of whack. I hate that. There are a lot of things that I can't avoid, and that sort of confusion I make my peace with. But with the other things, I hate not knowing. And when other people can't control their thoughts and actions, and that creates confusion for me, now that is the worst sort of confusion.

When I can't sort things out in my head, which I should be able to do, I dislike it very much.

So yes, it's easier when I know. And I like balance, order. I like a sense of structure. So when you put me on a seesaw with a constantly changing centre of gravity, I DO NOT like it.

Now don't get me wrong, confusion isn't always bad. It can help sometimes. And sometimes, the whole fun of things is in the confusion, the unpredictability.

But I like my head uncluttered which never seems to happen. I like to KNOW. And sadly enough my knowing seems to have to come from others, which does not help, even a little.

To conclude this very odd post - I do not like confusion and I can't seem to avoid it. Time to change huh?
Posted by Ayesha at 9:22 PM 3 comments:

Dependency is a dangerous thing, my friend. Tread carefully around it. It has claws and once it holds on, it won't let go. It has life-changing potential.

Dependency has rules of its own, a world of its own. It has a way of sneaking up on you and before you know it, it's part of your life.

So beware, my friends. And keep your guard up. Make those walls stronger. Fill the moat with water and crocodiles. Pull up the drawbridge. Because one moment of weakness can entail much more than you think.
Posted by Ayesha at 1:35 AM No comments: 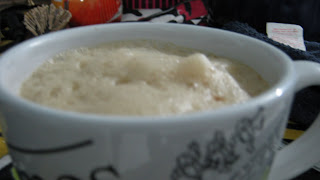 For those of you who follow these rantings of a coffee lover, you might remember that I once wondered whether I was expecting too much from a cup of coffee and whether I would be able to make my own perfect coffee. For those of you who don't follow the numerous times I have talked about coffee, now you know that I once thought that even if I made a cup of coffee, I would find fault with it.

Now that I've gotten that out of the way, I shall get down to the crux of this post.

I made coffee today. And yes yes, it was brilliant :D It's the first time I attempted to make coffee in the hostel and it came out so well. There was a thick layer of froth and it was strong and had just the right amount of sugar. And even better, it took 6 rupees worth of milk, and coffee powder and sugar which I didn't even have to pay for because they were already in the room. So this was in the true sense, the cheapest coffee I have had.

Well, now that I know I can make the coffee I love, in the room, do not for a moment assume that the exploring and the tasting and the posting will stop.

This isn't a post where I'm looking at the way I write. I'm just thinking out loud. so here goes:

According to the Merriam Webster dictionary utopia is defined as "an imaginary and indefinitely remote place; a place of ideal perfection especially in laws, government, and social conditions; an impractical scheme for social improvement."

The word is used today in daily conversation to describe the perfect world, a place akin to heaven (if it exists). But then wouldn't different people have different ideas of their perfect world? Also, wouldn't one person's perfect world be in conflict with someone else's? Does that mean that if utopia becomes a real concept, there will be countless parallel universes? Different worlds existing in the same space. Individual bubbles colliding with one another.

Also, it could also happen that one person, let's call him X, imagines another, Y, in their world, but Y does not want to be part of X's world. How does X's utopia exist then? Does the very concept create a clone of Y so that the world can exist? Or does Y's world get nullified? Or does X just cease to exist because his utopia is impossible to create?

What if different people have a similar concept of their utopia? Does it then happen that these people live together in one world or does each person still get their personal universe?

Is our world, our universe as a whole, big enough to hold so many different universes within it? I have always wondered whether the universe is really infinite. If it is then would every person get their private planet to live on and thus utilise all the infinite space? If the universe is finite, what happens when there isn't any more space to accomodate so many worlds? Does the circle of life stop? Or do the worlds just get smaller?

The very foundation of the concept is a little faulty I think. Or maybe the way that the word and its usage has evolved has turned it into something with flaws.

This post is long delayed. My apologies to those curious few who read this space.

Well it exists!!! It isn't a figment of my imagination or scribblings on a blog. The perfect coffee that I was so desperately looking for in Pune, actually exists in a place where it can be bought for Rs.10. It's everything I wanted from one cup of coffee. I didn't care about the heat, or the fact that I was just poked in the arm (I just like saying dramatic things, my blood test wasn't painful :D ) or the fact that I had just wasted Rs.12 on a cup of coffee from the wrong place or that the place is too far away from where I live. At that moment, time froze. And all that existed in my bubble was me and that perfect cup. It was like magic. I might be exaggerating a tad bit, but you know those cheesy romantic movies where everything moves in slow motion at that perfect moment, well, that's what happened. Slow motion, violins, guitars, wind :D

I wonder if it's weird that with me, slow motion moments happen with a cup of coffee :)

But then, drama aside, the coffee was strong, perfectly brewed, and best of all, very cheap. The balance of flavours was incredible. And before I forget, the place is the NCC canteen on S.B.Road. You walk out of the Symbiosis campus and walk down to the canteen for the most magical thing ever.

And credit must be given where it is due. I was told of this place by Vishal Menda. Thank you Vishal.

All I have to figure out now, is how to get there more often.

Ayesha
Words are my weapon, my disguise, my shield, my vulnerability. Writing is a way for me to think things through, purge my system, communicate things I find too difficult to say. I am a hoarder, a fixer. I am a collector, of memories.